Enjoy Delicious Indian Breads and Learn How They are Made

Enjoy Delicious Indian Breads and Learn How They are Made

No Indian food is complete without the bread. Some varieties are: chapati, roti, nan and bhatura. The breads have stark difference in their shape, size, ingredients and taste. Each region of India has its own imprint in food and methods of cooking also differ considerably even in the breads. Typical Indian bread is prepared using the flour of wheat, rice, corn or lentils.

Let us take a look at the most popular breads:

Chapati: Chapati is made from flour, water and salt. This unleavened flatbread is also known by the name roti marked by its amazing ability to puff up like a balloon. It is cooked on a tawa which is a flat skillet. 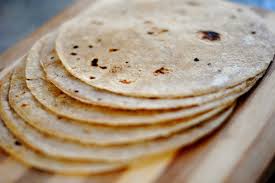 Naan: This bread is flat with a soft centre and crispy crust. Among the ingredients are white wheat flour, yogurt and eggs. It is traditionally baked in a charcoal-fired clay oven and cooked in a pizza stone oven to give it the desired heat. Naan comes in many flavors. From plain to stuffed ones with potatoes, cheese and onion to add individuality. The delicious sweet version of it is stuffed with almonds and raisins. 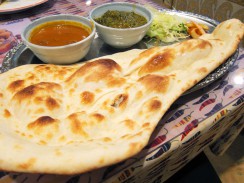 Puri: Puri or poori is unleavened fried flat bread made of wheat flour. It is mostly served in ceremonial rituals and is an integral part of Indian cuisine for festivals and functions. When it puffs up during frying you will feel that a ball is in the making. 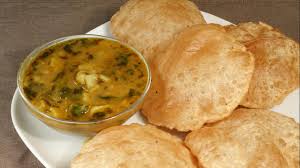 Rumali Roti: It is very large and soft and thin like a handkerchief. It is usually made from a combination of whole and white wheat flours and cooked on top of an inverted Indian styled wok known as kadhai. 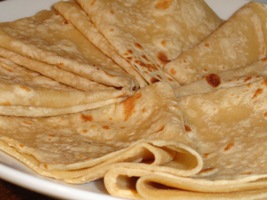 Paratha: These popular unleavened flat-breads are made by pan frying whole wheat flour on a tava. Parathas can be plain or stuffed with vegetables such as boiled potatoes, leafy vegetables, cauliflower and Indian cheese called paneer. 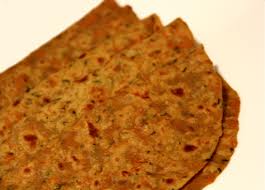 Bhatoora: This fluffy and deep-fried bread is Punjab’s specialty. It is yummy and eaten with chickpea curry. In Punjab the dish is called chole bhature. 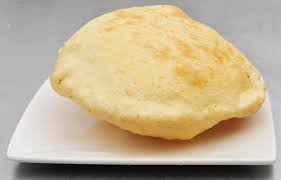 Luchis:  This is famous in West Bengal, Orissa and Assam. Luchis are made of maida flour and the balls are deep-fried in ghee. 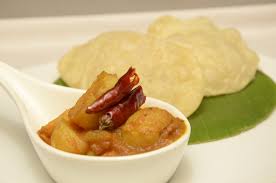 Southern Breads Dosas. It is the bread king of south India. The crêpe-like flatbread have multiple variations. The basic recipe is a mixture of rice and urad dal or black lentils soaked in water ground to form a batter which is fermented for a night. 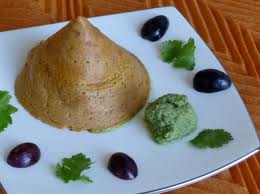 Cooked by ladling a thin layer of batter on a greased skillet these dosas are kept folded or rolled like a wrap. In special dosas like masala dosa there will be a filling inside.

Uttapams: Uttapams are a thicker version of dosa and its batter is also made of black lentil and rice, combined and fermented for a night. 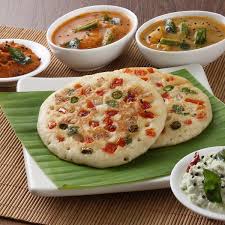 Now you have a nice outline of the popular Indian breads and the ways to make them. Enjoy them at any good Indian restaurant.